The worst bus in the world 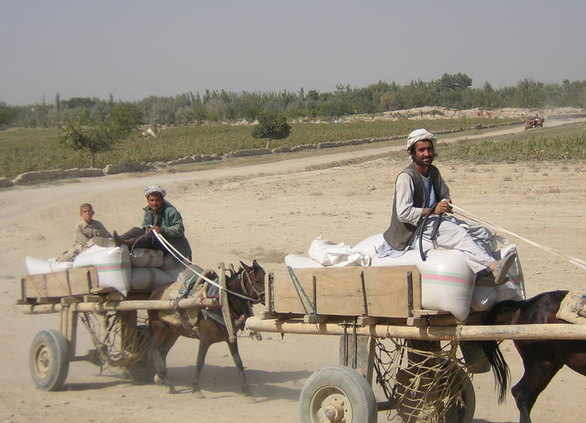 One glimpse is enough to rip out my optimism—like someone came along and extracted it with a knife.

The bus is the last in its row, each more battered and less brightly painted than the one before, its roof more heavily crushed by boxes and buckets strapped on with string, and a larger pool of water rising around the wheels to trap them in a glue of mud. All the buses in the station look decrepit, but this one is a parody of the rest. It looks like the worst bus in the world.

A man is standing over me, wrinkling his nose at my ticket. It turns out he’s the driver.

“Why do you go to Afghanistan?” he exclaims. “You think this is a country for tourists?”

His laugh is throaty and thoroughly disconcerting. Had the old man behind me not set his arm on my shoulder, I might be making a dash for the bus back to Tehran.

This man has skin like walnut bark and wears a gray waistcoat over his knee-length shirt, under a brimless woollen cap that looks like it’s been woven from his beard.

"I have been on a pilgrimage," he continujes, "to the holy city."

"You are a Hajji? You've just come back?" 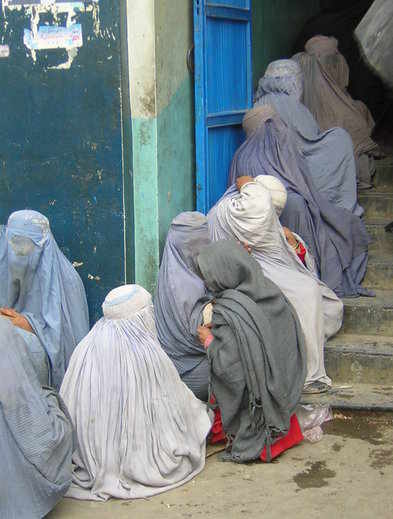 “No, no, no!” His teeth gleam gold between his parched lips. “I went thirty years ago. I couldn’t afford to go now!” His small grey eyes shine through the creases of his skin. He seems to be kind, so I decide to stick with him.

“Afghanistan is a good country,” he says, poking his nose between the headrests in front of me—we have settled inside the bus now. He squinnies his brow for a moment, before adding, “It was a good country.”

“When?” says a man in an ocean-colored polo shirt who’s taken the seat across the aisle from mine. He looks like he should be on vacation in Hawaii.

The Hajji looks up, frowning, then in a burst of inspiration he declares, "In Kaiser Wilhelm's day!" He raps the headrest as he explains, "There was a train."

We wait an hour for movement. When it finally comes, there is a terrible groan underneath us, as if some wild beast has been stretched out under the chassis, then a tick-tick as the engine rattles to a stop. Is this bus not even capable of forward propulsion? But I can hear a noise swelling around us, suggesting another cause for our pause. Gingerly, the Hajji lifts a pleated nylon curtain to peer through the window. I notice an anxious expression creeping across his face.

A wave of sunlight washes through the door: a swamp of flailing limbs, enormous beards, long torn gowns. Boxes fly down the aisle; burlap sacks pile on the seats and around the steps in the middle. Buckets clatter on top of them, all the way up to the Formica ceiling, as do more sacks, plastic bags, and finally—shunted through the door, defying the tiny space that’s left—a Honda motorcycle.

“They are fighting men,” whispers the Hajji. "Do not say you are a foreigner."

All of them are dressed in baggy trousers and knee-length shirts— the traditional Afghan costume known as shalwar qameez. I bought a set for myself only yesterday, knowing I would need it in Afghanistan’s troubled south, but I haven’t put it on yet, so it will be easy to identify me as an outsider. Hiding my tell-tale Roman-scripted notebook in the overhead rack, I excavate an enormous green-jacketed hardback out of my pack. It’s the only Persian book in my possession—the language not only of the Iranians whom I’m leaving, but also of a large number of the Afghans among whom I’ll be traveling. Tooled across its spine—a gorgeous cluster of golden dots, elaborate curls, and long barbed stalks—is the word Shahnameh - 'Book of Kings'.

"You are reading that?" asks the Hajji, his gold teeth flashing in his gasp.

The man in the ocean-colored polo shirt, whose name is Wahid, is more proactive.

“Here,” he says, leaning across the aisle and reaching for the book, “give it here.”

He turns its pages delicately, and familiarly—as if he’s caressed these very pages in the past—and when he comes across a verse he likes, his mouth expands to the size of a tea saucer: 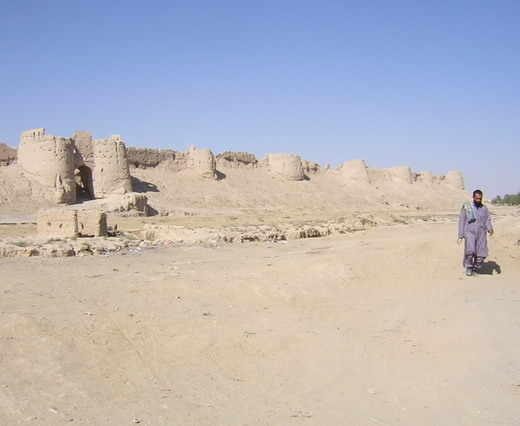 The Hajji smiles, his eyes as bright as his gold teeth, repeating the verse in a whisper, as if to memorize it for himself. I have come across plenty of poetry aficionados in Iran—on a few occasions I’ve even attended poetry circles where traditional instruments were played as people recited from their favorite authors. But I was advised not to expect this sort of thing in Afghanistan. “They are murdering brutes” was one of the less cryptic descriptions I heard. So to watch polo-shirt-wearing Wahid, his eyes glued to the pages and his lips quivering to the rhythm of the thousand-year-old words, is hugely reassuring. Maybe the Afghans won’t be as formidable as I’ve been warned.

We are near the border. You can tell because the landscape is growing less and less friendly. A medieval traveler would have known the “abundant fruit-trees, streams and mills” spotted here by the great Muslim globe-trotter Ibn Battuta in the fourteenth century. But now the fertility has dried up. Low-slung mud-brick farmsteads slumber behind bald fields and mountain scarps scissor the sky like dragon scales. As the Afghan border draws ever closer, even these features grow scarce. It’s as if the land is stripping itself of possessions in preparation for bandit country...

To read an extract from The Prester Quest, click here.